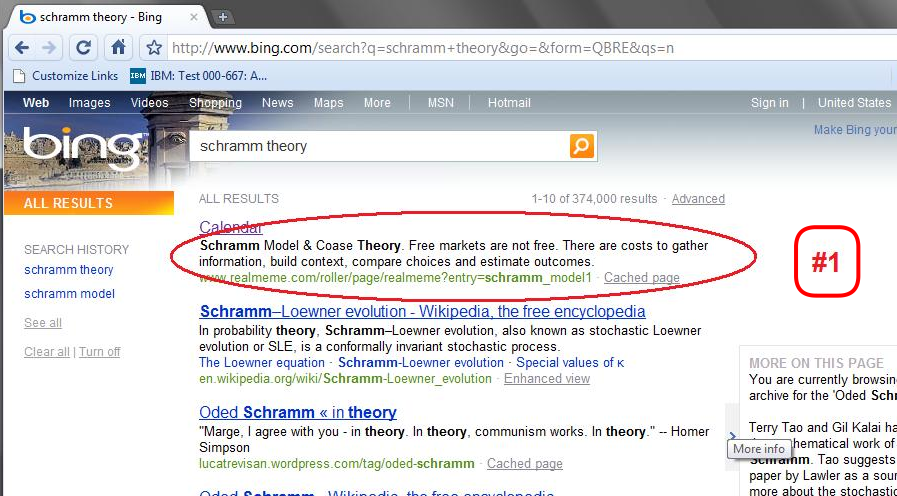 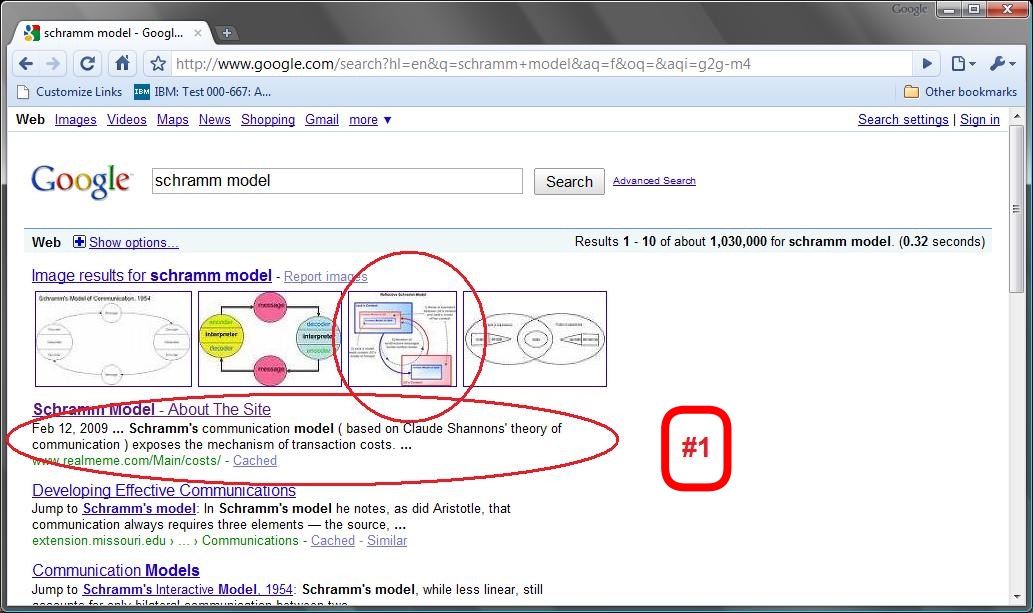 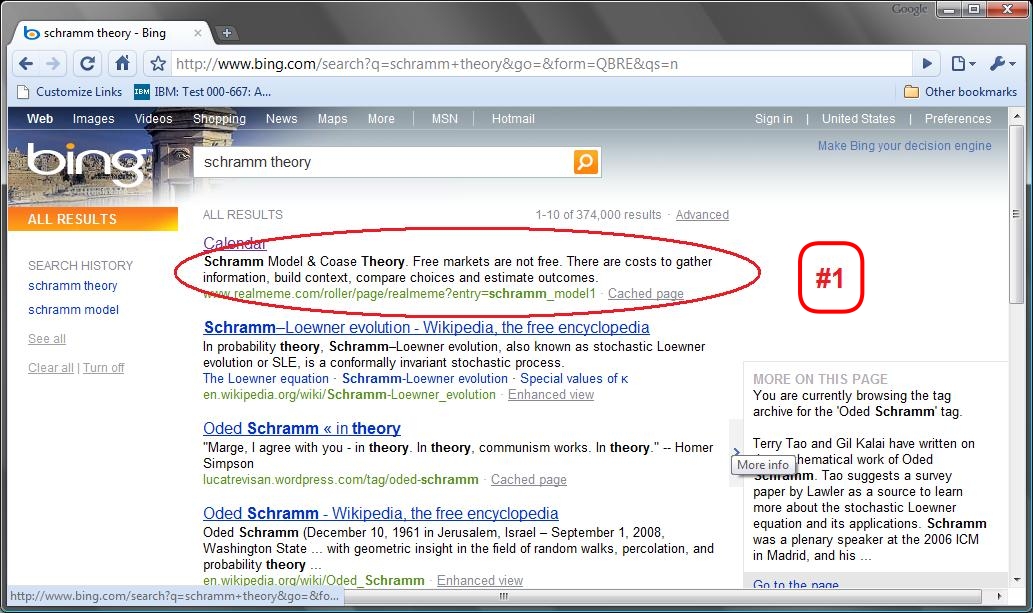 RealMeme.com hosted the internet data-mining methodology I developed since 1993. Here are some of my most interesting graphs/analysis: 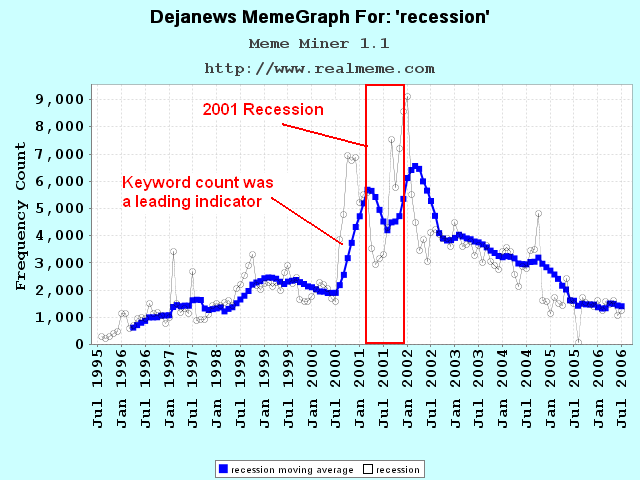 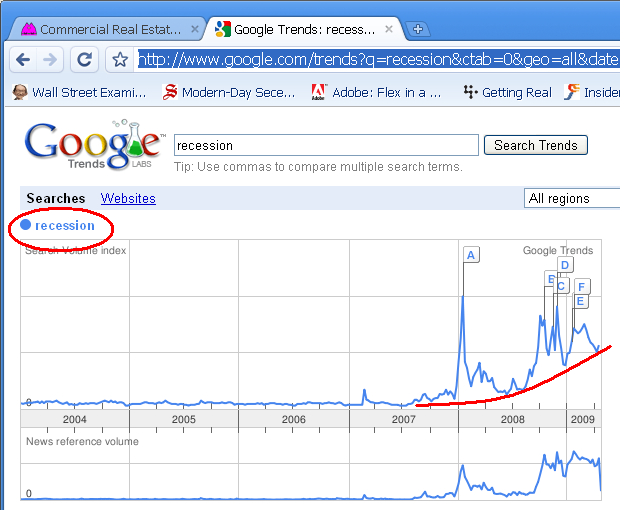 The keyword "recession" was a leading predictor of the 2001 recession (first graph). It was also a leading indicator of the 2008 recession (second graph, and notice the similarity of the double-peaks). I created the first graph in 2006 and was expecting a recession in 2008 based on keyword changes.

Human beings have finite bandwidth, and so human participation on the Internet has finite bandwidth, too. Finite bandwidth suggests there must be mental "quality of service", as demonstrated in this graph. On 9/11/2001, everyone's mind turned to "terrorism" but where did that extra bandwidth come from? 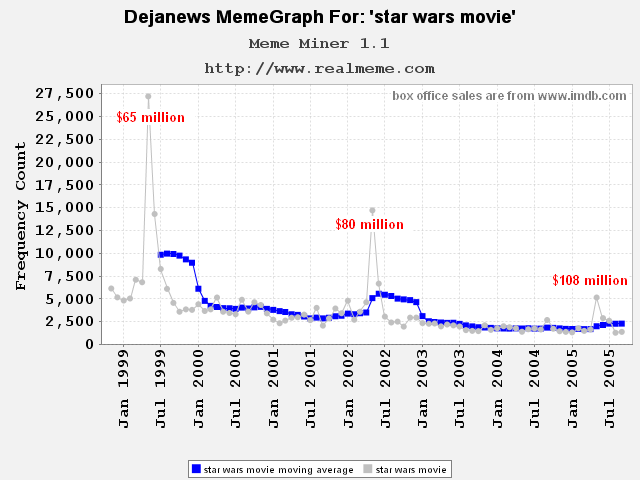 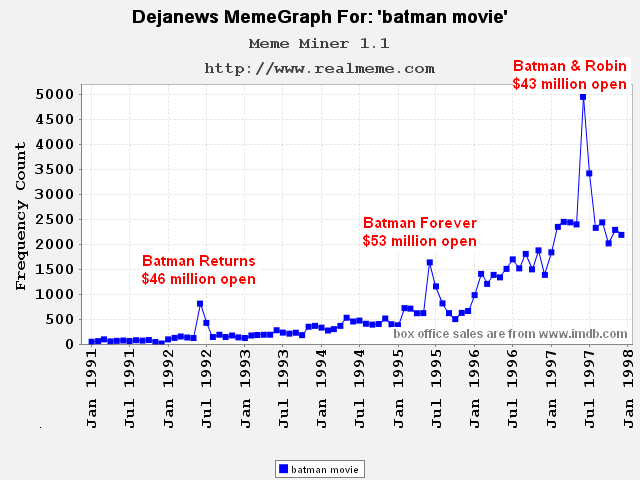 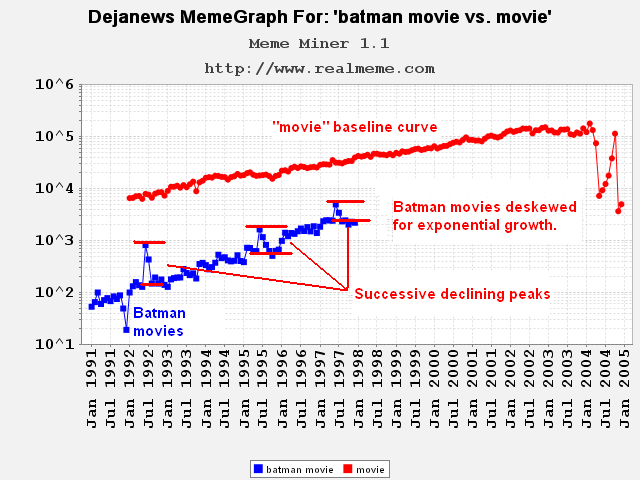 The draw of sequels is familiarity of characters and storylines so there's less desire to discuss each sequel. For the Batman graph, I did a rough deskew to remove the bias of internet growth during that period. This marginal utility pattern is quite common for movie sequels. 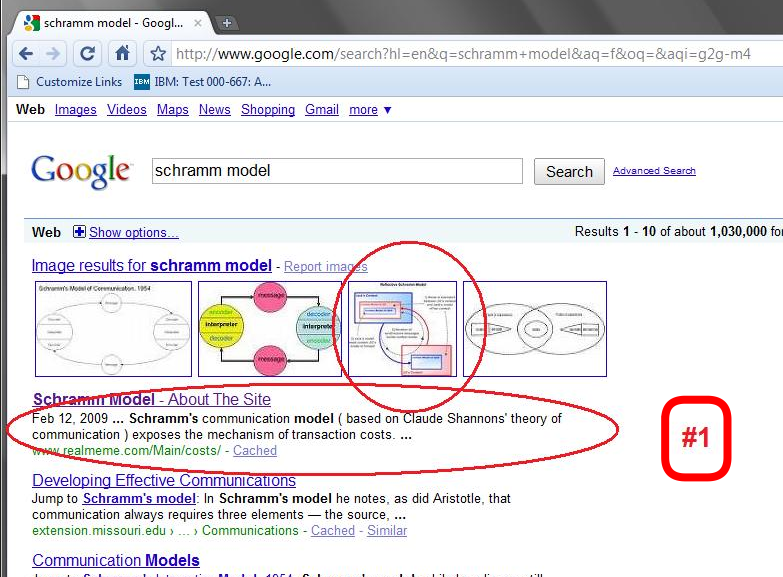 Real-time sentiment is probably old news to most people but I created these graphs in 2005, a year before Twitter existed. These graphs are based on set theory applied to queries of "google and evil" versus "google and cool".