The Tangled Web We Weave (Why NodeJS?)

In the beginning, there was Tim.

And Tim said, "Let there be HTML!"
And it was good.

Then some dumbass asked,
"Hey, can you add a button I can click on?"

And Netscape said, "Let there be Javascript!"
And it was... acceptable.

Then someone asked for CGI...

"Can we add our corporate java apps?!"
"Can we connect a database, too?!"
And somebody asked, "Why would you want that?"
Prompting everyone to want it, of course.

By then, there was such a mishmash that IBM stepped in,
creating standards for everyone except themselves. 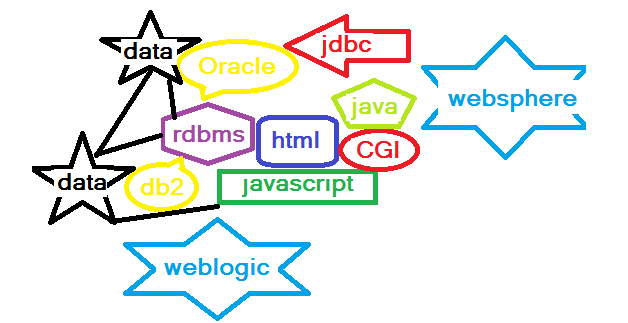 Then Microsoft decided the Internet wasn't a fad, after all. 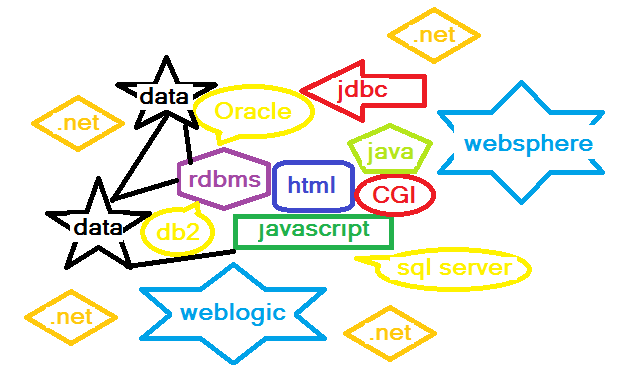 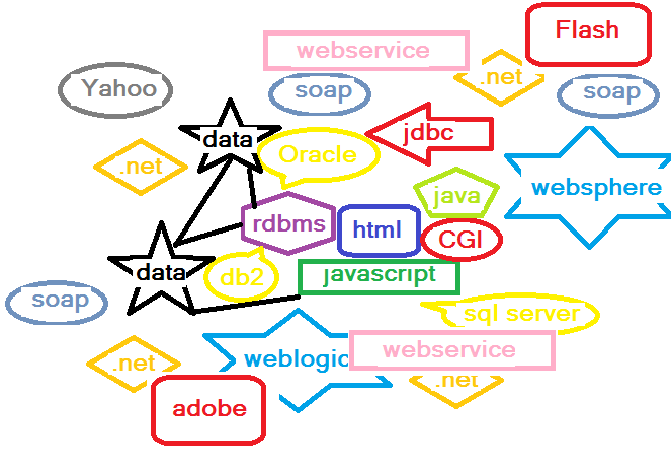 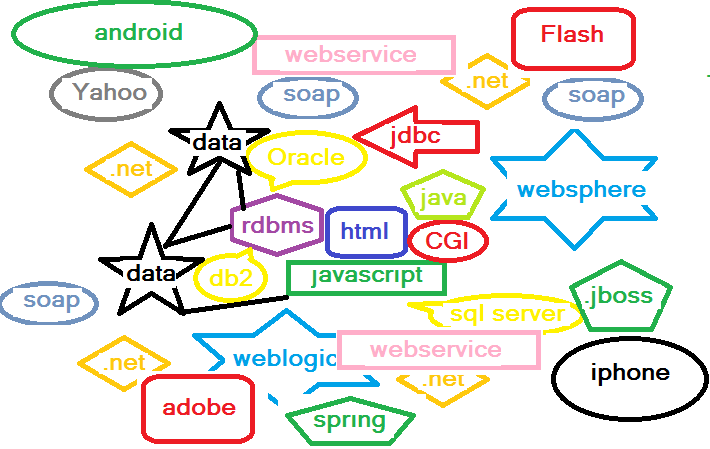 The NSA tapped it all... 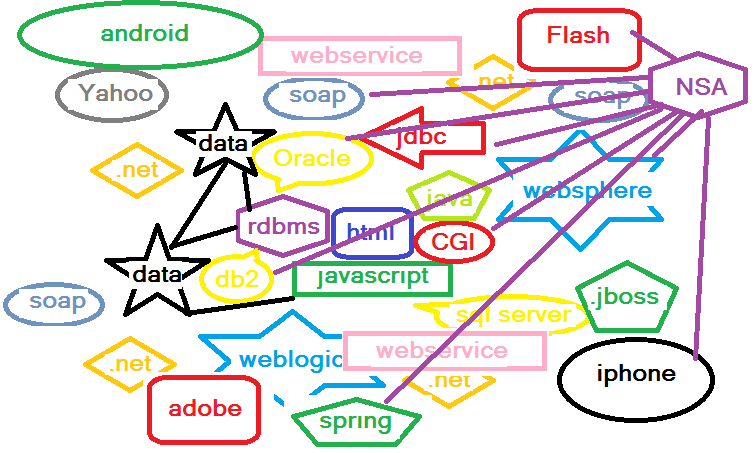 Corporations tapped it even more... 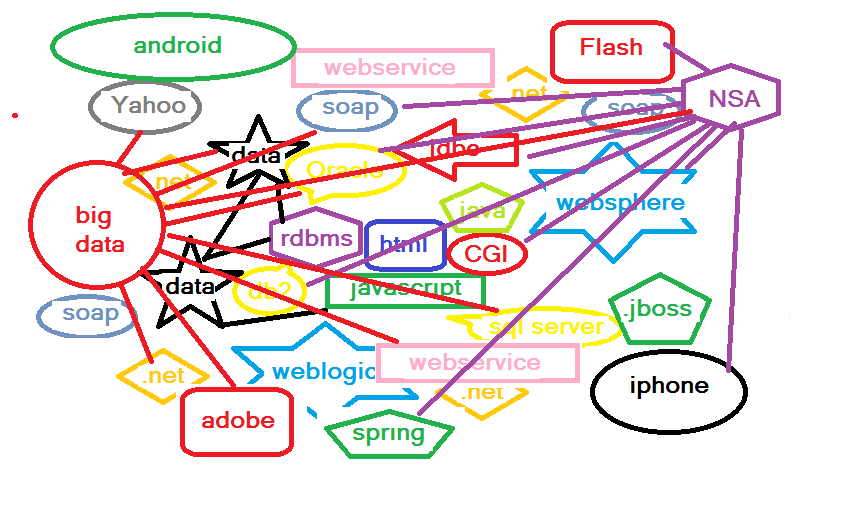 And then Dahl said,
"Let there be Node!"
And it was better.

Somebody, we can't ever remember who, said,
"Let there be Express!"

Google chimed in with Angular and we were
deeply suspicious but it seems that, for once,
Google did no evil.

And they all talked json
And it was good again... 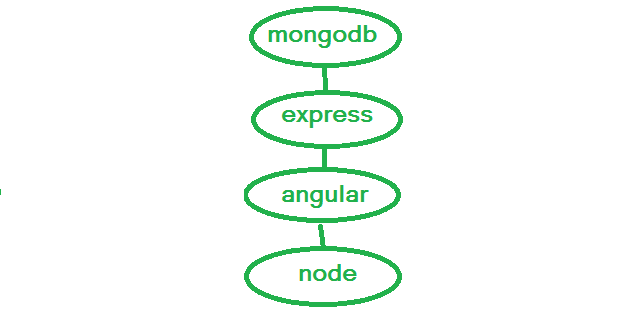